Election integrity in a vital Midwestern swing state is now in doubt. 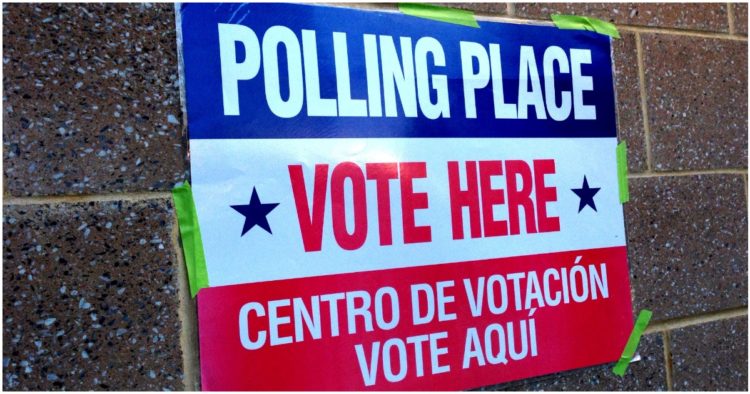 Election workers in Michigan have been told during their official training classes that they should dispose of ballots, expel poll watchers and count challenged ballots.

The Gateway Pundit reports that election workers were provided with ways in which they can prevent poll watchers doing their jobs in affirming election integrity.

“They have to wear a mask, and they have to stay six feet. That’s important because if you don’t have six feet, they can’t come back there,” an instructor told attendees at the training session.

The instructor then joked about how social distancing guidelines could be used to obfuscate the process, as a person observing these rules cannot see or verify signatures.

“Unless they got really good vision or they brought their binoculars,” the instructor quipped.

The instructor then told election workers to forcibly expel poll watchers from the polling locations if they were insisting on scrutiny of absentee ballots.

The instructor also told election workers to deliberately deceive people by giving those who had absentee ballots stolen a provisional ballot. After the individual requesting the provisional ballot votes – under the belief that his or her vote had been counted – the ballot is destroyed.

The Gateway Pundit’s Brock Simmons elaborated on the situation:

The next part is a bit disturbing, as anyone who has had their absentee ballot stolen or had one issued to a fraudulent person, will not be able to vote. In fairness, this also means that people cannot double vote, but if they intended to do that, then they could just as easily use someone else’s name.

The trainer then says if the person swears they did not vote absentee, to issue that person a provisional ballot, which goes into a special envelope, that eventually just gets thrown out. So the person thinks they are casting their vote, when really it just goes into the garbage.

Even scarier is that these are teenagers working behind the scenes. Any of them can run any ballot they want through the tabulator, or toss them into the provisional stack to be thrown away. And the voter will be none the wiser.

This reporting from a vital swing state casts major doubts about the integrity of the election in Michigan, a crucial battleground state that Trump won in 2016 after decades of Democrat dominance.